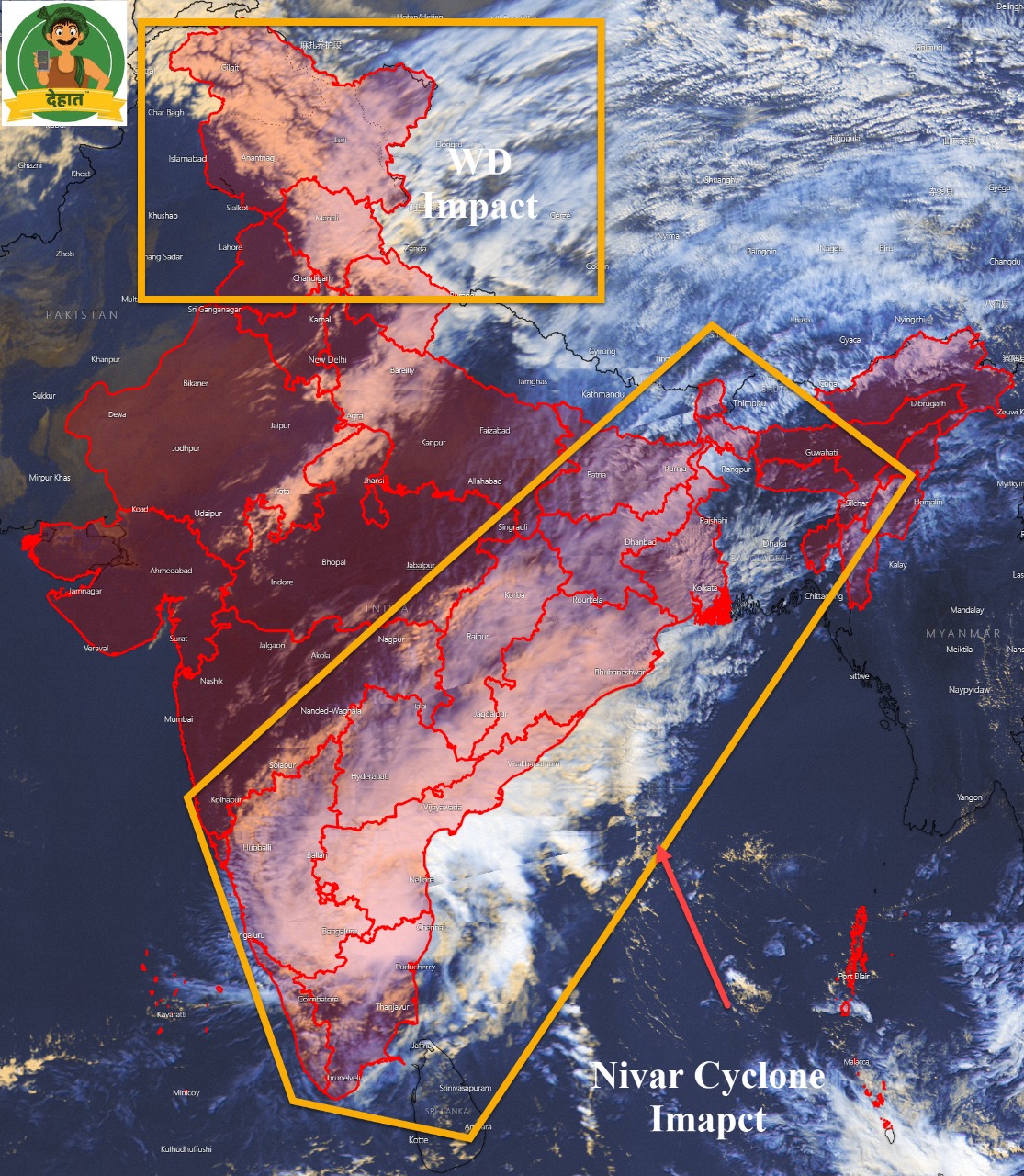 The speed of cyclonic storm Nivar in the Bay of Bengal has decreased after hitting the Tamil Nadu coast. During this, heavy rainfall has occurred in various areas of Tamil Nadu, Puducherry, Andhra Pradesh, Karnataka, Karaikal, Chennai. Due to the decrease in the speed of the storm, the storm is no longer as dangerous as before. But in many states, the torrential rain with strong winds for 3 consecutive days is not taking its name to stop. As a precaution, fishermen are advised to stay away from the coastal areas.

Talking about the damage caused by Nivar storm, there is not much news of damage. Around 1.45 lakh people from Tamil Nadu were shifted to a safe camp. Several feet of water has been flooded in different areas. Chennai airport and metro services were suspended for some time.

27 November 2020: Heavy to very heavy rainfall will continue over Rayalaseema, Tamil Nadu, Puducherry, Karaikal and Coastal areas of Andhra Pradesh. Thunderstorm accompanied with lightning will also be heard in some areas of Chhattisgarh, Coastal Andhra Pradesh, Yanam, Rayalaseema, South Interior Karnataka, Kerala, Mahe, Tamil Nadu, Puducherry and Karaikal. There is a possibility of cold wave in Punjab, Haryana, Chandigarh and Delhi. Squally wind is possible over East-central Arabian Sea, North Maharashtra, and parts of Gujarat. The wind speed will be 45 to 55 kilometers per hour.

Ask any questions related to crops

To use this service Please download the DeHaat App