Scorching disease has an adverse effect on potato plants. Along with early blight disease in potato, there is also an outbreak of late blight disease. These diseases drastically reduce the production of potatoes. To protect the crop from these diseases, see the methods of control from here.

Symptoms of early blight in potatoes

Early blight disease is caused by a fungus called Alternaria solani. This disease causes maximum damage to the potato crop. Symptoms of this disease are visible after 3 to 4 weeks of sowing. Small spots appear on the lower leaves of the plants. As the disease progresses, the size and color of the spots also increase. As the disease progresses, the leaves shrivel and fall. Brown and black spots also appear on the stems. Tubers remain small in size.

Symptoms of late blight in potatoes

Late blight disease is caused by a fungus called Phytophthora. In this disease the leaves of the plants start scorching. Brown and black spots appear on the affected leaves. On the underside of the leaves, a cotton-like fungus begins to appear. Due to this disease, the yield of potatoes decreases and the size of the tubers also remains small. The disease spreads very rapidly and in a few days the entire crop can be destroyed.

We hope this post will prove to be important for you. If you liked this information, then like this post and also share it with other farmers. So that more and more farmers can save potato crop from early blight disease and late blight disease. Ask us your questions related to potato farming through comments. 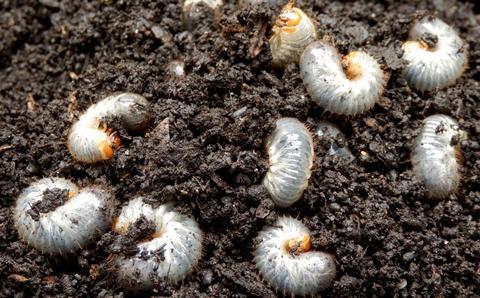